How did US states get their names? | Eastern US 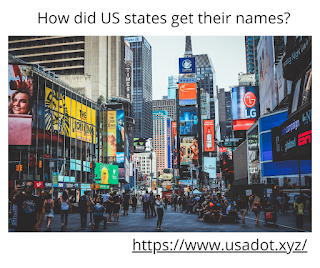 You've probably wondered at some point why each US state is called what it is. we covered the States East of the Mississippi River, and now we'll finish the story with the Eastern US.

Maine this state is most likely named after the former province of Men in France by early explorers. One other theory says that the name is a nautical reference to the mainland.

New Hampshire got its name after the English County of Hampshire, since many colonists in the area came from that part of England.The English county's name comes from an old English name, Hampton, roughly meaning village town.

Massachusetts this name comes from the name of the Indigenous Massachusetts tribe that inhabited the area. The tribe's name is derived from a Woponok word, muswatchesuit. It means near the Great Hill or by the Blue Hills, referring to the great Blue Hill between Milton and Canton.

Rhode Island this state was named after the Aquidnic Island that was called Rhode Island in colonial times. One origin theory says that Explorer Giovanni Davaratsano likened the island to the Greek Island of Rhodes. The other says that the name comes from Dutch word for reddish, which is how the island seemed to explore. Adrian Block .

Connecticut The state is named for the Connecticut River that flows through it. The river's name is derived from a Mohegan Pequat word, kwannoket, that means long tidal river.

Vermont When French Colonist Samuel de Champlain claimed the area around what is now Lake Champlain, he gave the name Vert Mon to the region, which is French for Green Mountain.
Later, the name came into use among English settlers and became the name of the state.

New York The state of New York owes its name to New York City, the largest US city since 1790. The city's original name was New Amsterdam, but when English King Charles II took control in 1664, he gave the land to his brother, the Duke of York, and renamed the city accordingly.

New Jersey During the same time that New York got its new name, the neighboring region was renamed after the island of Jersey in the English Channel. The origin of the island's name is not clear, but it's presumed that it came from Old Norse.

Delaware the state was named after the Delaware River, which got its name from Thomas West, third Baron de Lauer, who was the governor of the colony of Virginia at the time the river was explored by Europeans. The name de Laois is of AngloFrench origin.

Maryland Maryland was named after the English Queen Henrietta Maria of France, who was the wife of Charles I of England. She was known in England as Queen Mary.

Virginia and West Virginia The large territory that encompassed the entire coastal region from South Carolina to Maine was named in the 16th century after Queen Elizabeth I of England, who was known as the Virgin Queen. One other theory says that the name comes from explorers who viewed the new land as untouched.

Georgia The British colony of Georgia was founded in 1733 under a charter issued by King George II. It was named after him and later became the state of Georgia.

Florida the land that later became the state of Florida was named by the Spanish conquistador Juan Ponze de Lam. He named it La Florida because it was rich in vegetation and because it was the Easter season which the Spaniards called Pasqua. Florida our festival of flowers.

Kentucky the state was named after the Kentucky River. The river's name is probably based on Iroquoian name meaning on the Meadow or on the Prairie. Another theory suggests the Algonquin term Kenta Aqua, which roughly translates as land of our fathers.

Tennessee this is another state that got its name from a river.The Tennessee River's name is likely tied to the Cherokee settlement of Tennessee. The origin of Tennessee's name is unknown.

Alabama the state of Alabama and the Alabama River were named after the Indigenous people of Alabama. Some scholars suggest that the word comes from the Choctaw words for plants and to cut, so the name would refer to agricultural activities of the Alabama people.

Michigan the name of the state of Michigan, which lies in the Great Lakes region, comes from the French variant of the original Indigenous Ojibwe word that means large water or large.

Indiana Indiana's Name means land of the Indians or simply Indian land. In 1768, a trading company claimed land in present day West Virginia and named it Indiana after its previous owners, the Iroquois.

Mississippi the state's name is derived from the Mississippi River, which defines its Western boundary. The river was named by European settlers after the Ojibwe word meaning great river.

Wisconsin the name of this state comes from Indigenous Algonquian language name for the Wisconsin River.It was written down for the first time by French Explorer Jacques Marquette is Mescowsing, but later changed with time. The original meaning is lost, but most theories implicate the red sandstone banks of the river.

Illinois the name Illinois is the modern spelling of the early French Catholic missionaries name for the Illinois Native Americans. The meaning is unclear, some saying it means men, while others claim it means he who speaks the regular way.

As you can see, some Eastern US States got their names from Indigenous languages and some from the English Speaking early colonists. Have you heard a different theory regarding your state's name from the ones described here? 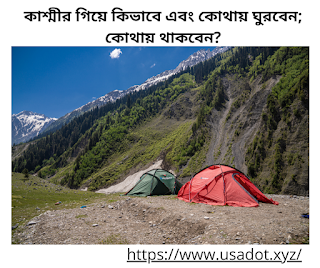 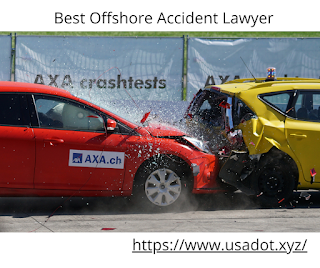 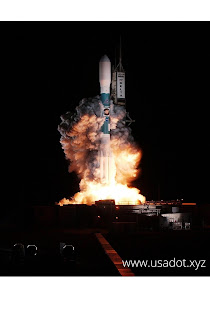